Cydia Updated To Support iOS 7 with New Look and Feel

Just two days back, the Evasi0n7 untethered iOS 7 jailbreak was unveiled by team @evad3rs just in time for the holidays. But since the jailbreakers did not coordinate well with @Saurik, the creator of Cydia, the release was plagued with mobilesubstrate compatibility issues with iOS 7. Today however, Saurik has updated Cydia to version 1.1.9 to match the look and feel of iOS 7.

I want to make certain a big thank you goes out to @rpetrich, @Surenix, and @kylematthews, without whose help Cydia 1.1.9 would have sucked.

Saurik notes that he had to upgrade Cydia via a package since the jailbreak was released with an unofficial build of Cydia. While the process was slightly more complex, he did manage to successfully get Cydia 1.1.9 working on iPhone OS 2 to iOS 7. He also says that there are still some things about this build that are “not quite right”, such as the dropbar, which should also be fixed in future releases. 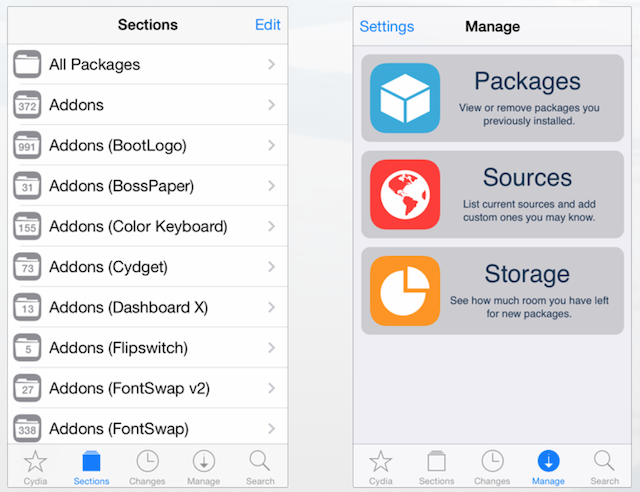 Do you like the flat look and bright colours in the all new Cydia for iOS 7?