Cydia For Mac Will Be Released As Soon As I Get It Working, Says Saurik

The creator of Cydia Jay Freeman a.k.a. @Saurik, explained during his speech at the world’s first jailbreak convention MyGreatFest in London why Cydia for Mac OS X Lion has not yet been released even though he had announced creating a new version of MobileSubstrate called “CydiaSubstrate” compatible with both iOS as well as Mac OS. 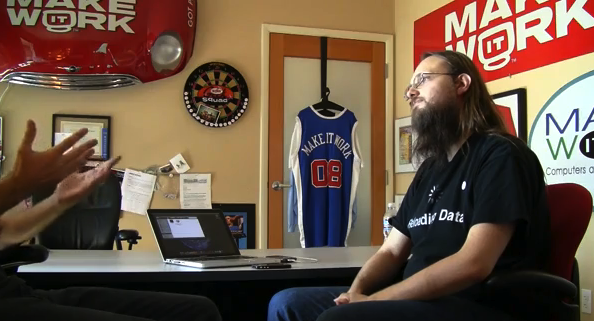 According to FSM, Freeman said that:

People can understand the idea of jailbreaking your iPhone, but they couldn’t really comprehend the concept of even metaphorically jailbreak a Mac – – which was never the case, it was always about an alternative to the app store. Because of that, saurik didn’t get a lot of support on this project and it kinda get ‘shelved’ hoping that people will care later.

Due to the complex nature of OS X Lion, Saurik said that Cydia for Mac will be released “when it works.”

During his speech he also discussed the current state of iOS jail breaking estimating that between 6-12% of all iDevices are jailbroken at any given time. Though he himself does not work on jailbreaks, he believes Cydia is the perfect hub for distribution of “rejected App Store apps”. He also made it absolutely clear how he’s strictly against piracy and feels sad to find out only 1/70 people actually pay for Cydia tweaks.