Jay Freeman a.k.a @Saurik has today announced the release of Cydia Substrate 0.9.5000 with support for iOS 7 and 64-bit iOS devices, such as the iPhone 5s, iPad Air and iPad mini with Retina display. Now we simply need to wait for our favourite Cydia jailbreak apps and tweaks to be recompiled and updated by developers for 64-bit jailbroken iPhone and iPad devices. 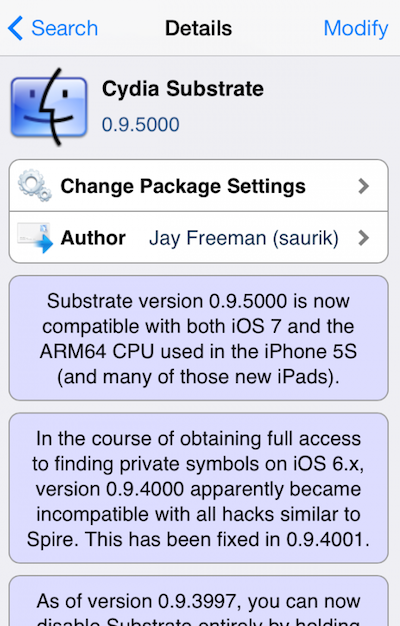 To install the update, simply look for Substrate 0.9.5000 in the Changes tab in Cydia.

In case you still haven’t jailbroken your iPhone 5s, iPad Air or iPad mini with Retina display running any version of iOS 7 released so far, here’s a step-by-step guide to help you walk through the process.