A new tweak named Sara has just been pushed to Cydia [via Appadvice] which promises to be a fully functional Siri alternative for all iOS devices including the original iPhone, iPhone 3G and iPod 3G. Best of all, Sara has the same UI as the Siri (see screenshots below). With Sara, users can do many thing such as make phone calls, send messages, search for places everywhere (not just U.S and Canada), chat with other users and much more. Many of Sara’s features can work even without an internet connection. 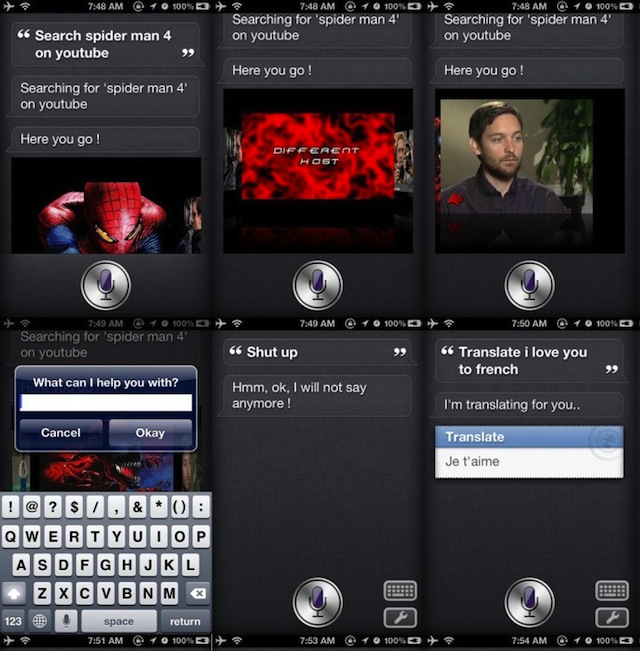 According to the developers of Sara:

Sara has “open” brain, it means, every people can train her, teach her new knowledge. Also, Sara has built-in plugin system, so anyuser can write plugin for Sara within 30 mins (for peole doesn’t know about programming !).

To install Sara 0.3 (latest build), add the following repo to your Cydia sources.

Simply install the version matching your iOS device. There’s also a Console app to let users send any crash reports to the developer. 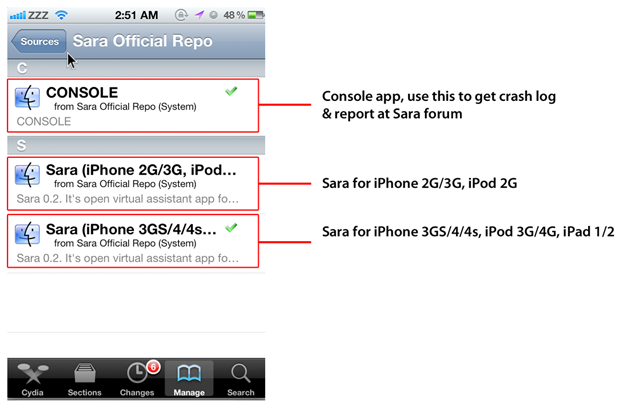