iOS developer Vertex has just released a brand new tweak for all jailbroken iPhones and iPods called FolderIcons which brings the ability to customize iOS folder icons. Normally, each iOS folder icon is made of folder background image and thumbs of icons in folder. However, this simple tweak allows you to set your custom icon for selected folder(s) instead of app thumbnails. 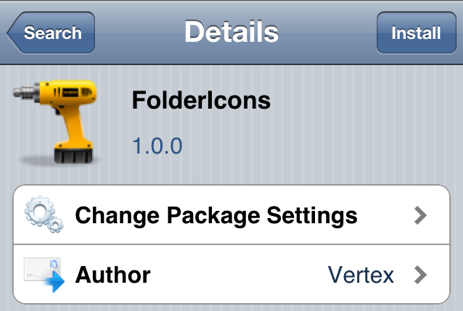 With FolderIcons, you can pick a different icon for each iOS folder. You can also remove a folder’s background, shadow or even its badge. Best of all, the tweak is available as a free download in the Cydia store via the BigBoss repo.

Once the tweak has been installed, all the options can by configured right from the native Settings app. The tweak comes with a bunch of icons though you can add as many as you want by copying them to the FolderIcons folder inside the Media folder. For that you can either SSH into your device or simply use a tool like “iPhone explorer”. 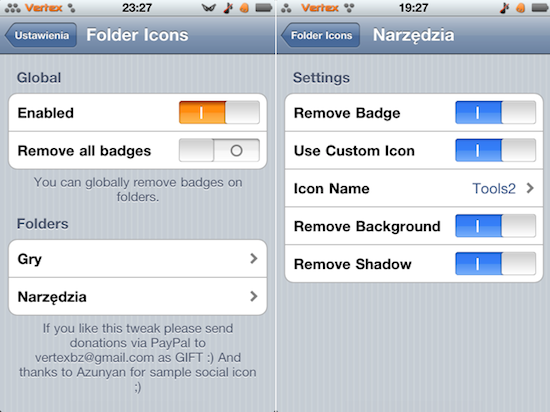