It seems each new release of iOS borrows more and more from the jailbreak community. iOS 6 is no different, so I thought I would show you how to get some iOS 6 features right now.

Get Siri to work in Canada – One of the big announcements to come out of the WWDC keynote was that Siri will finally work outside of the US, including Canada. If you install International Locations for Siri, you can have a fully functioning Siri in Canada right now. It is only $.99 in the Big Boss repo

Get Siri on your iPad and other iOS devices – SiriPort installs Siri on iOS devices other than the iPhone 4S. Truthfully, it doesn’t always work that well, as their servers are not too reliable, but the basic UI is there. SiriPort is a free tweak in Cydia.

FaceTime on 3G – FaceTime is a cool service, but the WiFi limitation means you can’t use it all the time. If you install 3G Unrestrictor 5, you can have FaceTime anywhere you have 3G connectivity. 3G Unrestrictor 5 also allows you to watch high quality YouTube videos on the go and download apps and updates that are larger than 20MBs. 3G Unrestrictor 5 is $3.99 in Cydia.

Facebook Integration – If you want Facebook integration right now, install a tweak called Fusion. This tweak uses iOS 5’s built in Twitter integration and adds more social networks to it. Anything you can share with Twitter, can also be shared with Facebook, MySpace, and Four Square. When you tap the “Tweet” button from wherever it is available in iOS 5, you’ll have a new button on the “Tweet sheet”, that allows you to add all or just some of these networks and update them all at once. Fusion is just $2.00 in Cydia. 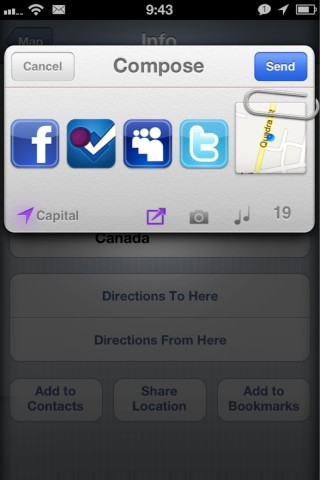 These are just few of the great tweaks available in Cydia. If you want to enter the world of jailbreaking, check out our tutorial, with video, on how to jailbreak your iDevice in iOS 5.1.1.