Is your iPhone’s sleep/wake button broken? Or are you looking for the easiest way to put your iPhone screen to sleep? There’s a recent addition to Cydia called QuickLock2. With one tap of a button you can lock your iPhone and have the screen put to sleep.

This is a fantastic solution for those with broken sleep/wake buttons. I know that first generation iPhones and iPhone 3G/3GS units have suffered from “lowering” buttons to the point where they don’t work anymore. It happened to my brother-in-law’s first gen iPhone. He had to set his autolock preferences to 1 minute to turn his screen off!

QuickLock2 is available in Cydia for free. Just search for it, install it, and you’ll see the following icon on your springboard afterwards. Tap it, and your screen will go to sleep! Voila! 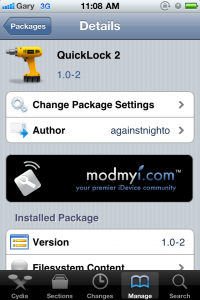 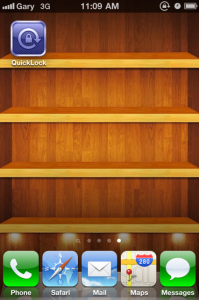 Let me know if you’ve been using QuickLock2. It’s the fastest way to put your iPhone screen to sleep/lock.