How to Make Your iPhone 3GS Look Jailbroken

Since the iPhone 3GS jailbreaking tools aren’t out yet (they will be once firmware 3.1 is released), your iPhone 3GS looks pretty much like any other iPhone out there. Jailbreaking allows us to download themes and apply them with Winterboard. This makes our phones look pretty neat and unique.

Well, here’s something I first heard about yesterday that will make your iPhone 3GS look jailbroken (or just broken too) and unique for all you ancy people out there. All it does is make your iPhone look different from the million other 3GS units out there. I’ll stop ranting now and let you observe the following pictures to see what I’m talking about: 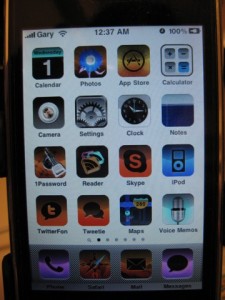 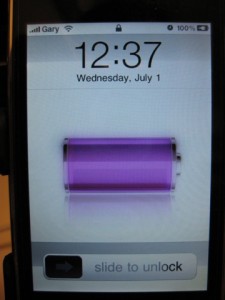 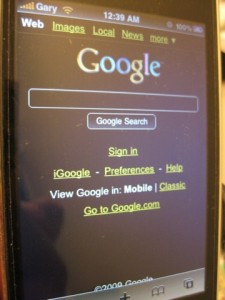 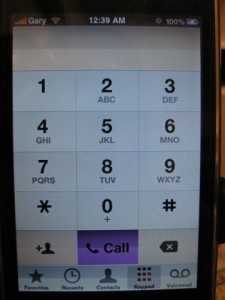 So what is this “new” iPhone 3GS “theme” I’m using above? Some of you might have already figured this out, but it’s under the new Accessibility options. Go to General–Settings–Accessibility–then toggle White on Black to ON. Presto! Your iPhone 3GS now looks totally unique and will fool your friends (the clueless ones at least). This little trick will give you 5 minutes of fun before you switch back to the original setting. Enjoy! 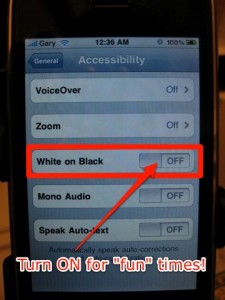 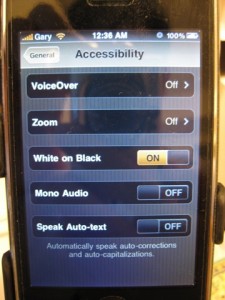 So there you have it, one little tweak that can make you “feel” like your iPhone 3GS is running a theme via Winterboard–but without the slowdowns (even though this setting is for those with visual impairments). Also, some might be wondering why I didn’t take screenshots–that’s because the white on black doesn’t appear in screenshots! I had to use my point and shoot digicam.