How to Turn your iPhone into a BlackBerry

If you’ve been following me on Twitter, you may have noticed that there has been some debate recently with Stephen Fung from FutureLooks.com. Stephen was going to purchase an iPhone 3G, until he walked into Rogers and fell in love instantly with a BlackBerry Bold, and ended up buying that instead. Jeez, poor guy hehe 😉

The iPhone is one amazing device for what it can do well (surf the web, email, camera, iPod, videos, slick UI, form factor, App Store, etc). It definitely is one of the strongest contenders for the perfect phone.

Apple has been addressing our needs and desires through firmware updates, so in due time the iPhone just keeps getting better and better. However, let’s be honest here, there are shortfalls such as the lack of copy and paste (Clippy solves this if you’re jailbroken) and push notifications.

Now, for all your friends that don’t own iPhones and proudly show off their BlackBerries, there is a way to prevent yourself from the the rare disease, “BlackBerry-envy”. It’s slightly contagious and it’s spreading from coast to coast, so watch out.

Here’s how to turn your iPhone into a BlackBerry, which will pleasantly surprise your BlackBerry friends as you emulate their so called “greatness” through the power of Winterboard! The following themes are available through Cydia: 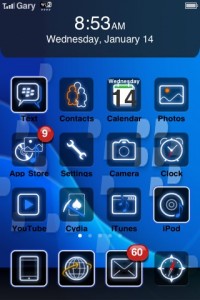 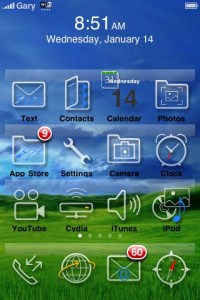 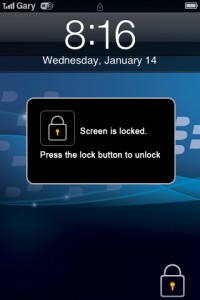 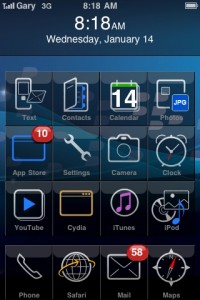 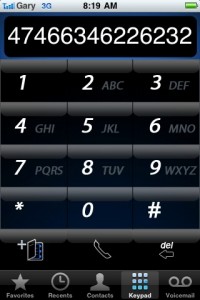 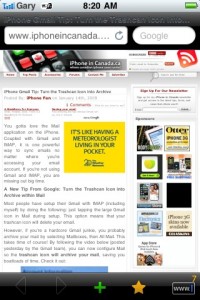 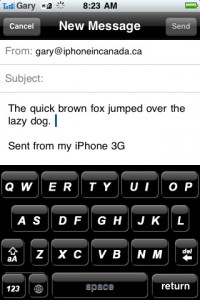 Now, I apologize to those out there just suffered from temporary blindness from the pictures shown above. I’d like you to know that these themes have been uninstalled on my iPhone so no serious damage has been done. Also, by uninstalling Winterboard you can speed up your iPhone too.

Personally, I think you can’t compare the two phones because they’re totally different. They each have their strengths, but for my needs the iPhone wins hands down. The BlackBerry UI is just too painful for me to even fathom using. The trackball is pure torture when you’re browsing the web with the BlackBerry browser.

So if you’ve been suffering from an identity crisis from switching to an iPhone from a BlackBerry, you can now cure your RIM-desires by installing the above themes. How lovely!

Anyone out there using a BlackBerry Bold? How do you like it?

Anyone out there switch from a Bold to iPhone, or iPhone to Bold?