Just a quick update for you. We’ve been closely following the progress of pod2g’s untethered iOS 5.1.1 jailbreak, and today he added one more device that is confirmed to be working with Absinthe 2.0. The New iPad (global) has now been tested and confirmed compatible.

OK just added iPad3,3 support to Absinthe thanks to @flawlessfox. Only remains iPad2,4 now but we need the actual device.

Pod2g has also updated the compatibility list on his blog. This is what the list looks like now. Just one more device to confirm, and we should have a release! 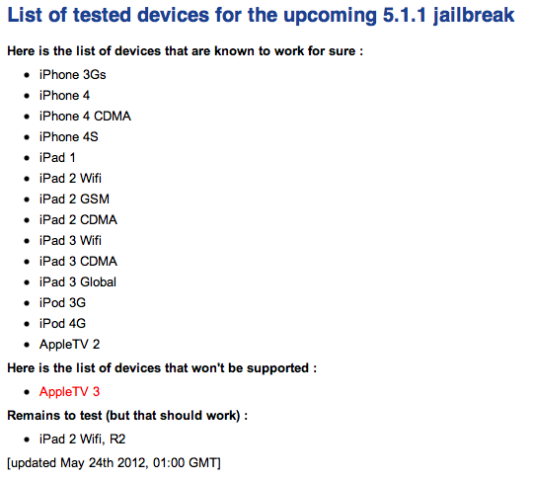 As pod2g said on Twitter, they just need to get their hands on the final device for testing, and we should be real close to a release for Absinthe 2.0. We’ll have more on this, as it develops.