Back in the glory days of jailbreaking, Safari web exploits were utilized to jailbreak iPhones and install Cydia. One popular website was JailbreakMe.com, which @comex brought back to life in 2010 to bring forth another web-based jailbreak for all iPhones and iPads (it also resulted in people pranking their friend’s devices with jailbreaks, plus demo units in Apple Stores).

Now, it appears Safari in iOS 9.3.2 can be exploited in a similar fashion, as Luca Todesco, a teenage hacker from Italy has now shown on video this evening a jailbreak for the latest iOS firmware.

Todesco previously showed how iOS 9.2.1 could be jailbroken earlier this year. 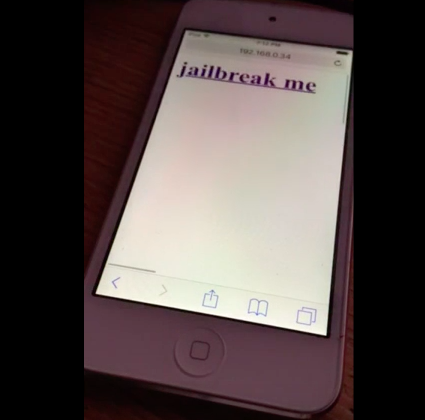 This jailbreak will most likely not be released, but it’s interesting to see on video nonetheless. Check it out below: