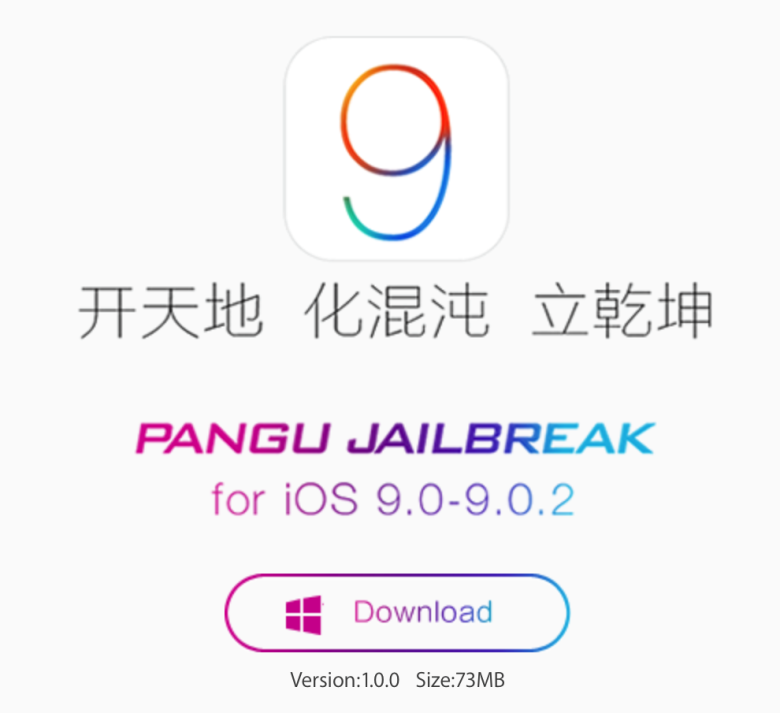 Previously, the Pangu iOS 9 jailbreak tool has only been available for Windows, which supports an untethered jailbreak for iOS 9 to iOS 9.0.2, but not any more. The Pangu Team has today announced the release of Pangu 1.0.0 for Mac OS X, which is now available for download as a 72MB .dmg file. The tool will however not work with iOS 9.1, since Apple has patched the vulnerabilities exploited for the jailbreak in this version.

For those who have updated to iOS 9.1, it is currently possible do downgrade back to iOS 9.0.2 until Apple stops signing the firmware. Once done, they can use the Pangu tool to jailbreak their iOS device.

For any help on how to use Pangu to jailbreak your iPhone, iPod touch or iPad on iOS 9 completely untethered, check out this video tutorial.