We told you about the iOSOpenDev project and now, it has finally been released. With iOSOpenDev utility, you get ready to use Xcode templates for creating common types of jailbreak tweaks, including Activator listeners, command line tools, dynamic libraries, Notification Center widgets, SBSettings toggles, Siri AssistantExtensions & Mobile Substrate. The tool even compiles the projects into the .deb files for easy submission to Cydia. 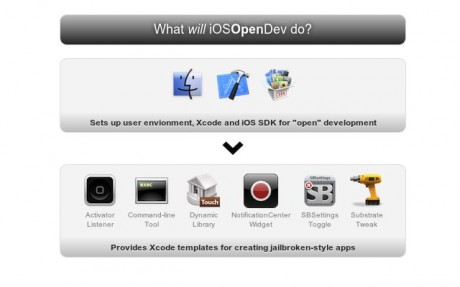 The initial release of iOSOpenDev reportedly had a lot of bugs but updated version 1.0.1 has seemed to fix majority of them. You can download it from here. Below are the release notes: