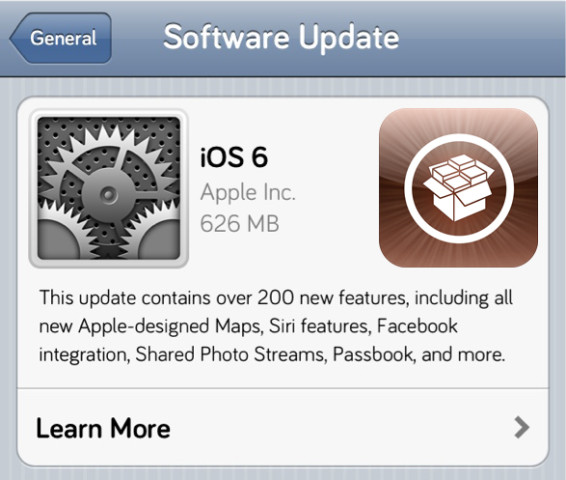 With the release of a new iOS, comes the question, “When will the new jailbreak be available?”. The iPhone Dev Team have always been on top of things in the past, but with each release of iOS, it has become tougher and tougher to get that elusive untethered jailbreak. The betas of iOS 6 have been jailbroken, but with very limited functionality. Cydia, the store where we can get all the cool tweaks and themes, is severely broken in iOS 6, and needs a lot of work before it can be released, but it is coming.

The iPhone Dev Team have posted some details about this on their official blog. Here’s what they had to say:

Today marks the public release of iOS6!  For those devices capable of running 6.0, the 5.1.1 SHSH blob signing window will soon close, so it’s very important that you backup your 5.1.1 blobs now while you still can.  We advise you do it for every device you have (see tutorial sites like iClarified if you don’t know the process).

A few months back we released a redsn0w feature that lets you downgrade A5+ devices from 5.1.1 to anything lower (if you had saved blobs).  Unfortunately once the 5.1.1 window closes, redsn0w’s 5.x downgrade feature will no longer work.  Most A5+ users will not be able to downgrade.  So if you’re an A5+ owner up at 6.0 when the 5.1.1 window closes, you’ll be stuck there without a jailbreak for now.

We’re happy to report there are some serious deficiencies in the 5.x restore process that are permanently exploitable. They’ll never be fixable by Apple because they’re all self-contained in the 5.x IPSWs.  Here’s the breakdown:

Please be aware that RE-restores and iPad2 downgraded devices will always end up with the latest baseband (not the one that came with that firmware).  So don’t go near any of this if your unlock depends on the baseband version.

All of these features will be released shortly in a new version of redsn0w.  In the meantime please be sure you have your 5.1.1 blobs and stay at 5.1.1.  Happy iOS6 day!

I know this doesn’t tell you much about the next jailbreak. This is merely a public notice, telling you to save your SHSH blobs, while you still can. If you were already jailbroken on iOS 5.1.1, your blobs are already saved 0n Cydia’s servers. If you have updated to iOS 6, you still have a small window to downgrade to iOS 5.1.1, as Apple is still signing the old firmware. Once that window closes, you are stuck.

So, basically, don’t update to iOS 6, if you’re at all concerned about keeping your jailbreak. Especially, if you need to keep your baseband unlocked. Updating to any new firmware will automatically update your baseband. Just wait for the iPhone Dev Team to release the new tools to jailbreak the new iOS.