iPhone OS 3.0: Should You Jailbreak Or Not?

In two days, Apple will officially release iPhone OS 3.0 firmware to download. iPhone users will rejoice as their iPhones will instantly gain new features and functionality. New features such as copy and paste, MMS, and search were not available to us before. We had to jailbreak our iPhones to get access to 3rd party applications via Cydia/Installer.

Why Jailbreak your iPhone in the First Place?

Jailbreaking your iPhone would gain us access to the following:
– themes via Winterboard (hopefully Apple will allow themes one day)
– Skype calling over 3G networks (along with Slingplayer) This is a HUGE benefit of jailbreaking
– yellowsn0w: unlock your iPhone 3G on 2.2 firmware to use on any GSM network (another jailbreaking plus)
– copy and paste with Clippy (now addressed in 3.0)
– SBSettings to quickly toggle WiFi, 3G, Bluetooth, SSH, etc. (not in 3.0)
– 5 icon dock (not in 3.0)
– qTweeter: the fastest way to use twitter (this app is awesome)
– QIK for live video streaming to the web (iPhone 3GS will have video and uploading to YouTube)
– download free apps/game and SSH onto your iPhone…Google is your friend 😉

Jailbreaking the iPhone is huge if you’re looking to unlock it and use it with any GSM network (like maybe Telus?!). We know that GSM competition in Canada could come as soon as this Fall/Winter. However, keeping up with the cat and mouse game of jailbreaking and using QuickPWN over and over again can get tiresome. The worst part is resisting pressing that tempting “update” button in iTunes–don’t do it! 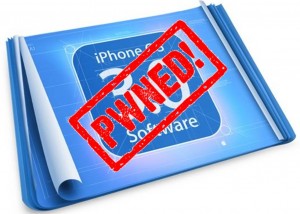 I still have my unlocked 1st gen iPhone still, so if I’m going to travel it will be my phone of choice. But if I ever do free myself of my Rogers shackles that are tightly wrapped around my cankles, I would welcome switching to some GSM competition in this country. Until then, I will have to just enjoy what I have.

So, are you going to jailbreak when you’re on iPhone OS 3.0 firmware? Yes/No, and why?