For all you Apple lovers with both an iPhone and iPod Touch, the following news might be important to you: the iPod Touch 2nd generation now can be jailbroken like an iPhone.

The iPhone Dev Team previously released a tethered jailbreak, but it was fairly complicated. Yesterday they announced that they have now established an untethered jailbreak for the 2G iPod Touch, and adding it to the “pwned for life” family.

Here are details straight from the Dev Team:

It has a fatal flaw in its bootrom that means you will always be able to pwn these devices no matter what firmware updates come along. This is the full, untethered jailbreak, something that iPod Touch 2G users have not had before today.

This milestone is important because 2nd gen iPod Touch owners will now have access to Cydia and the plethora of 3rd party apps out there. This will make your addiction to your iPod Touch even greater than it already was. 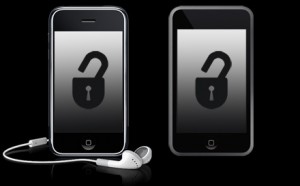 QuickPwn and PwnageTool will soon be updated to include the jailbreak package for the 2nd gen iPod Touch. If you’re feeling adventurous (and you know what you’re doing) you can get your feet wet now instead of waiting.