Here is a recent Jailbird FAQ that was released:

Q: Can I jailbreak my iPod Touch 2G with Jailbird?
A: If the ability is there to do it, it will be built into Jailbird, but as of right now…this second…no you can not

Q: Where can I download Jailbird?
A: You cant yet, I haven’t released it yet.

Q: Can I beta test super amazing spectacular (did I mention super cool) program?
A: A form will be created for you to sign up to be a beta tester, beta testers will then be narrowed down programatically, then hand selected by myself (difrnt)

Q: When will Jailbird be released?
A: I am hoping to have the beta ready for beta testers by the end of the month (January 31), and release a stable version to the public sometime in February, however no promises are being made at this time and NO dates are set in stone. 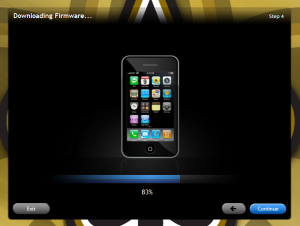 This is great news for those Windows users that want the option to create custom firmwares to put on their iPhones, since right now WinPwn has not been updated for 2.2 firmware. It’s always exciting to see and hear about these new programs coming out for iPhone users!