Apple pushed iOS 5 beta 6 to the developers a couple of days back and we already have our first working jailbreak solution. iH8sn0w has just releasedÂ Sn0wbreeze v2.8 b6 with full jailbreak support for iOS 5 beta 6. Like the previous release, this one also adds the ability to remove device UDID checks which means you can install iOS 5 beta 6 firmware on any device and activate it even if that iPhone, iPod or iPad is not registered with Apple as a developer’s device. Also, it removes the beta timer which means there is no expiry date for the installed firmware. 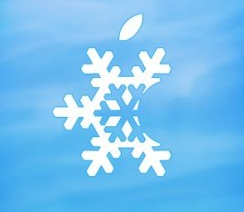 For those who aren’t aware, Sn0wbreeze is a jailbreak tool for Windows similar to PwnageTool for Mac. It preserves baseband updates allowing your to unlock your iPhone 4 / 3GS using Ultrasn0w if your current baseband is supported. Below are the release notes forÂ Sn0wbreeze v2.8 b6:

* Still has the ability to hacktivate.

* Still preserves the baseband (as always!)

Remember, this is a tethered jailbreak meaning you need to plug in your device to a computer using a USB cable every time your reboot it and run iBooty (included with Sn0wbreeze) to boot up your device into jailbroken state. This does not apply to iPhone 3GS with old bootrom which can be jailbroken on iOS 5 beta 6 fully untethered. iPad 2 is once again not supported currently.