Jailbreak Tweaks that Should Already Be in iOS 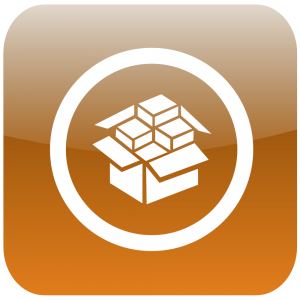 Here are some jailbreak tweaks that should already be in iOS. Could of any variationÂ of these tweaksÂ make an appearance in iOS 5? We’ll find out next week at WWDC.

SBSettings â€“ Must have tweak as I talked about before especially with two of the toggles that I always use: Push Notification SbSettings Toggle â€“ lets you turn on/off push notification with one easy click, Ring & Silent Vibrate SbSettings Toggle â€“ lets you turn vibrate on/off in any mode either silent or ringer mode. I find it very useful when I want to have the phone in complete silent more with no ring and no vibrate. Price: Free

App Switcher Brightness â€“ Adds a brightness bar in the app switcher bar underneath the volume bar, which is useful when you want to change the brightness and youâ€™re in a full screen app and have no access to sbsettings. Price: $0.99

App Switcher Ringer â€“ similar to the stock volume slider but by clicking on the icon it changes it to the ring tone slider. Useful when you want to have different volumes in apps and ringer. Price: $0.99

TruPrint â€“ The default Airprint doesnâ€™t support many printers, this fixes that issue since it works with most printers. Price: $9.99

Lockinfo â€“ Best tweak in my opinion for notification. Shows you missed calls, mail, sms, push notification, even twitter and the weather. Price: $7.99

mobileNotifier â€“ Similar to Lockinfo, but in my opinion it is still missing a lot of features, so Iâ€™d have to say that Lockinfo is still my choice for notification usage. However, I do like how a small bar thatâ€™s pops up when you get a text message or a push notification even when you are in full screen mode which Lockinfo does not include. Price: Free

biteSMS â€“ Must have text Message app that I talked about in previous post. Price: $ 8.99

iFile â€“ A file browser that lets you view any type of file that you have on your iPhone. Price: $ 4.00

Mail Enhancer â€“ Adds features such as signature to your emails and customizable sound and vibration notifications. There is also a feature to have your phone speak the senderâ€™s name out. Price: $2.99

Attachment Saver â€“ Saves any email attachment like mp3 or PDF and allows you to view it easily with iFile. Price: $ 3.00

Delete Mail â€“ Lets you delete all your mail in a single click. Price: $0.99

Mark Read â€“ Marks all your mail in your inbox as either read/unread. Price: $1.99

Data Deposit â€“ Saves you app data and uploads it into Dropbox so you can restore it at a later time. Price: Free

One tweak that I would really like is to have the mail app be able to only show my unread mail. The Lockinfo mail some what does this but it would be nice to have it supported natively by the mail.app.

What other tweaks do you think should already be iOS whether or not it is available on Cydia?