Apple today released iOS 8.1.3, which included a variety of bug fixes and improvements. If you are currently using the TaiG iOS 8.1.2 jailbreak, you should avoid updating to iOS 8.1.3 as it will kill your jailbreak.

In the security content support document for iOS 8.1.3, Apple credits the TaiG Jailbreak Team four times as the source of iOS exploits, such as the one highlighted below:

The TaiG jailbreak for iOS 8.1.2 was released back in December, shortly after iOS 8.1.2 was made available for download. As with any jailbreak, you should never update to the next version of iOS until it’s safe to do so.

Despite this being a given, some forget and update anyways. Luckily, you can still downgrade to iOS 8.1.2 if you need to, as Apple is still signing the firmware. A good site to check out if you want to know if firmware is still being signed is IPSW.me, as their tool below shows you the signed firmwares in green: 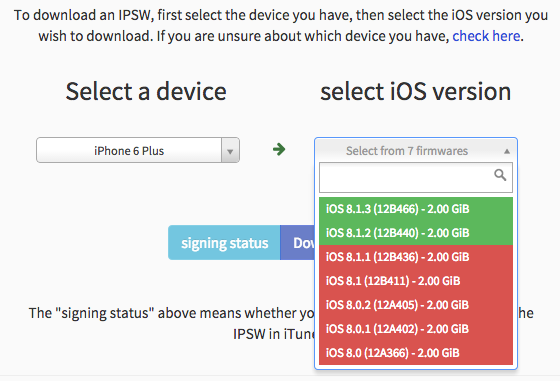 If you are still looking for jailbreak tweaks, check out “The Top 100 iOS 8 Cydia Tweaks of All Time” according to EverythingApplePro via YouTube:

Is your device still jailbroken? What are some of your favourite tweaks right now?