Jailbreaking your iPhone 4S couldn’t be any more fun than this. With SiriToggles, a totally free Cydia tweak, you can tell your personal voice assistant aka Siri to carry out tasks like launching apps and switching various system toggles. Once the tweak is installed on your jailbroken handset, you can ask Siri to enable/disable Bluetooth / Wifi , get info on battery level, change your screen brightness and even launch app store and jailbreak apps. 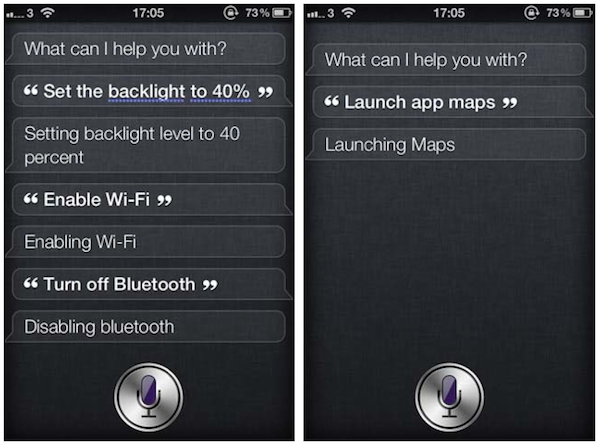 The tweak is compatible with iPhone 4S, and also works with devices on which Siri has been ported (iPhone 4, iPhone 3GS) via Spire or some other similar method. It can be downloaded for free from Cydia via BigBoss repo.

The commands are structured as follows:

For toggling –  You can say either “enable/disable” or “turn on/turn off” then one of the following things: