The popular and elegant Cydia tweak for Push Notifications, known as MobileNotifier has exceeded 230,000 downloads, as announced by developer Peter Hajas on his blog.

This is an indication that iOS users are in high demand of a new revamp for unobtrusive Push Notifications as the existing system has been well in place since iPhone OS debuted in 2007. It also is a display of a healthy jailbreak community that has supported a minor tweak to sustain almost a quarter million downloads.

We’ve seen iOS 5 concept videos as an early indication of what could loom ahead of WWDC, which kicks off the first week of June. 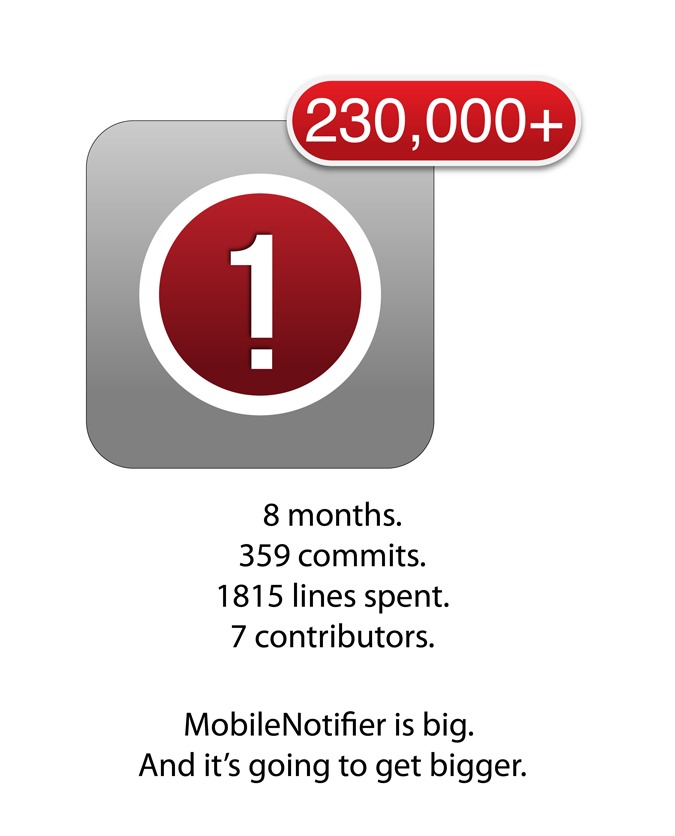