The jailbreak tweaks I most often use are Activator, SBSettings, and Infinidock.

Activator allows iPhone/iPod Touch users to activate an app or a setting by simply pressing a button or doing a finger gesture on the screen. For example you can have the Phone app launch by holding down the volume up or down key for a few seconds. What I have set up is swipe right on the status bar activates SBSettings which I will talk about later; swipe left activates the biteSMS compose window which I talked about last week and sliding down activates LockInfo. 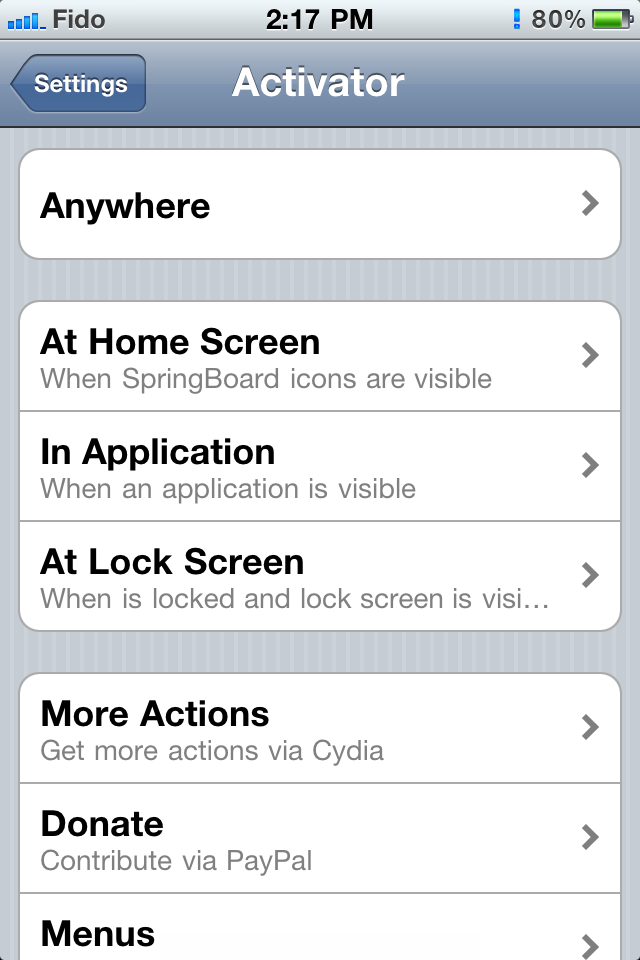 The new version of SBSettings allow menus which means one gesture can activate multiple actions simply by stating what options you want in the menu. What I have set up is holding down the â€œvolume downâ€ activates a menu with the choices of LockInfo, biteSMS and SBSettings. The reason for this is because many apps are in full screen and the status bar does not show up. 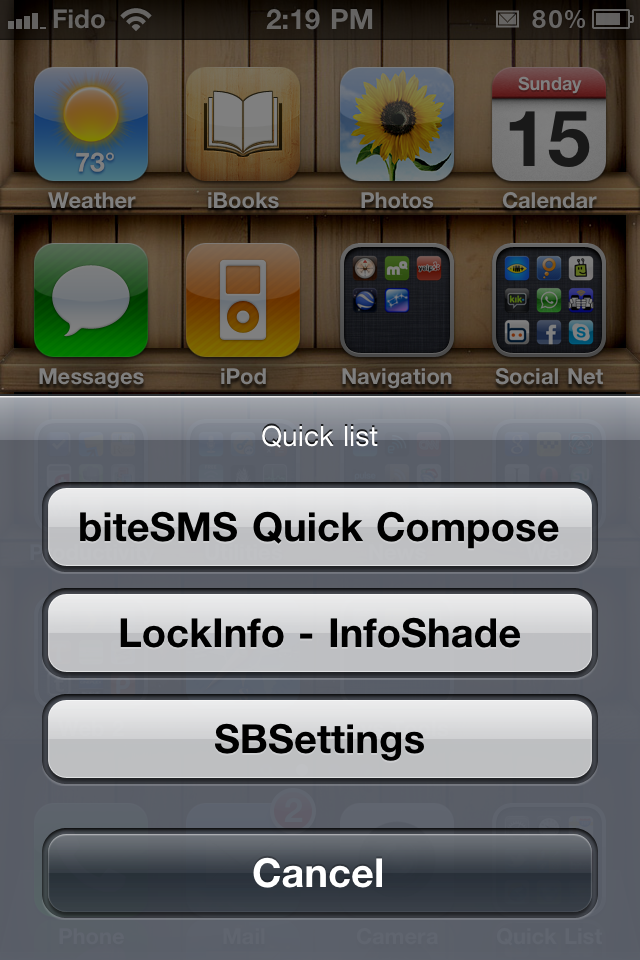 SBSettings allows quick access to your most used settings such as turn on/off WiFi, 3G, Data, Airplane Mode, Vibrate, Location, Push Notification, Brightness, etc. There are many more add-onâ€™s that can be downloaded from Cydia but the ones I talked about above are the ones I use most often. 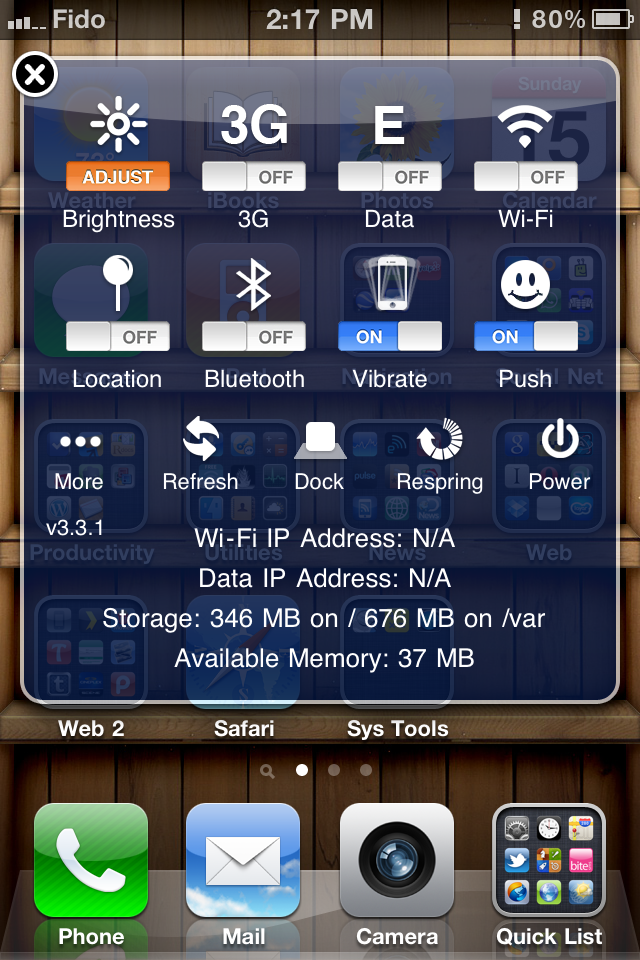 Ever wish that you can put more icons on your dock? Well you can with Infinidock. This is perfect if you have more than 4 apps you use very often. You simply drag your icons to the dock and you can access dock icons simply by swiping left and right. There are also options to fit 5 icons on the dock but I personally think 4 looks better since it matches the springboard 4×4 grid.

Let us know what awesome jailbreak tweaks you use or how you have your SBSettings and Activator set up!