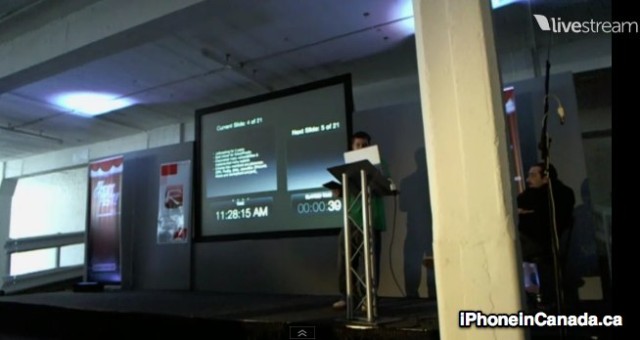 In cased you missed it, MyGreatFest (now known as JailbreakCon) took place on September 17th in London, and featured some amazing presentations from speakers such as Saurik (Jay Freeman, the founder of Cydia), p0sixninja (Joshua Hill from the Chronic Dev Team), and more. iPhoneinCanada.ca was a sponsor of the event and if you want to check out full streaming videos from MyGreatFest, here they are below:

The full slideshow of The Chronic Dev Team’s presentation can be seen here (via @i0n1c).

Anyone else catch the streaming of the event live?