Famous jailbreak tweak MyWi, that allows users to create an iPhone WiFi hotspot or iPad WiFi hotspot in order to share their device’s data connection with other smartphones or laptops with a single tap, has been updated to v5.5 which adds full support for iOS 5. According to the developers, MyWi v5.5 has been re-built from scratch to add iOS 5.x support and also brings a brand new feature i.e ‘WiFi Sharing’ along with a bunch of bug fixes. 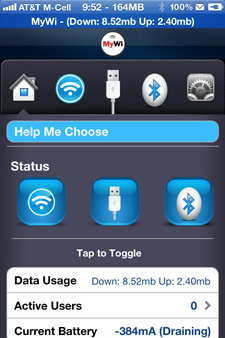 Below is the official changelog of MyWi 5.5:

For existing MyWi owners, the update is available as a completely free download on Cydia while new users can purchase and download MyWi 5.5 for $19.99.