n64iOS Now In Cydia – Nintendo64 Emulator For Your iPhone 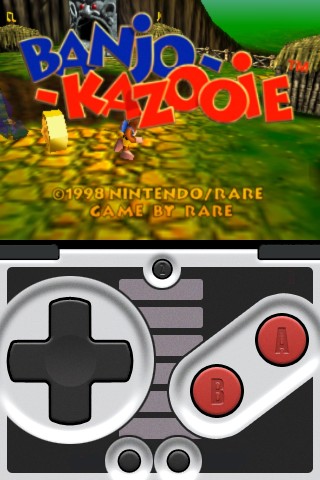 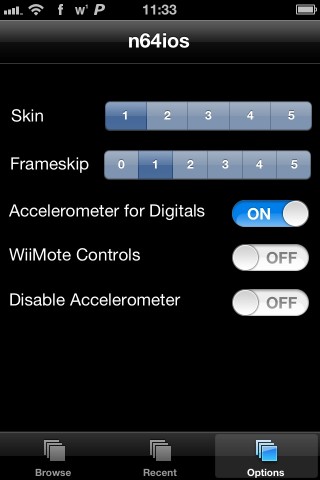 Game emulators have been in high demand on iOS devices, ever since the first jailbreak, years ago. In recent years, Zodttd has been at the forefront of bringing games emulators to consoles and mobile devices. There have been some legal questions regarding these emulators, but Zodttd says he is not breaking any laws. He is constantly going over his code, and posting to his github, to keep things open source.

The latest emulator to hit Cydia is n64iOS. It is a Nintendo 64 emulator for iPhone, iPod Touch, and soon to support the iPad. Before you immediately head over to Cydia to look for this new app, read on a bit further. This release is a beta release, and really just proof that it works with iOS 5. There is still a lot of work let to do here. A lot of games don’t work yet. No retina display graphics. No iPad support. Zodttd admits that this is not really a full release, and gives details in the app’s description:

This is an early release version. Most is included except save states, landscape and iPad support. You can still save games via memory card / eeprom saves.

Some games are playable, though some aren’t either due to graphical glitches or performance. To help with performance a frameskip config file option is available, as well as load ROM option for disabling sound output.

Controls are either by onscreen display controls + accelerometer… or … by connecting via BT a Nintendo WiiMote controls and its own accelerometer.

An update is expected soon to bring this to a full release, but there is no definite date given. In my opinion, you might as well wait for the full release before purchasing this. Although, the price might go up, once the full release is ready.

If you are not familiar with these emulators, keep in mind that they do not come with the games. You have to already own the ROMs, or acquire them from another source. The n64iOS app does include a search and download feature, making it easy to get the ROMs from the internet. Before downloading, the app will ask you to confirm that you already own the game that you are trying to download the ROM for.

Something else to consider: The N64 controller had 14 buttons, including the D pad, so playing N64 games on your iDevice with the touch controls, is not going to be the same. The regular buttons can be mimicked, but the analog stick is replaced by the accelerometer, which doesn’t really work the some. The game play is still fun and nostalgic, but takes some getting used to. Even using the WiiMote, via BlueTooth, is just not the same as the old N64 controller.