This past week, Zod released “nes4iPhone”. His newest Nintendo emulator for the iPhone and iPod Touch. This app emulates the original NES, featuring games like ExciteBike, Super Mario Bros., and Punchout. The coolest thing about this emulator is, it features WiiMote support! Yeah, you can sync a WiiMote with your iPhone, via Bluetooth!! You can get the demo version in Cydia now, and purchase the full version in the Rock app, from RockYourPhone, for $4.99. Of course, you must have a jailbroken device to get this.

Here’s the official description and features from the RockYourPhone website:

Note: Trial times out after 2 minutes of gameplay.

Features include:
– WiiMote support via BlueTooth capable devices!
– Fast assembly CPU emulation!
– Download to the ROMs directory within the app!
– Portrait and landscape support.
– Controller overlays are able to be skinned.
– Save states!
– Smoothed scaling options.
– It’s FAST and it works great on both 2.2.1 and 3.x firmwares!

ExciteBike, Super Mario Bros, Zelda, Mike Tysons Punchout are trademarks of their respective owners. You may only download and play games you already own.” 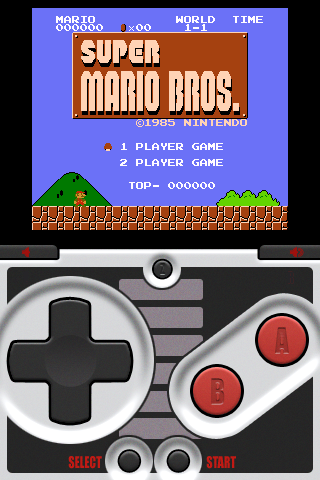 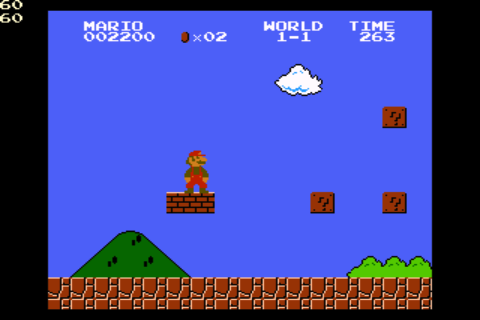 You are able to download NES ROMs right in the app. When you go to “Browse”, the app opens a Google search for you, where you can look for whatever game you want. They warn you, that you may only download ROMs of games you already own. Once the ROM is downloaded, it is automatcially saved in the right location, and added to your playable ROMs. 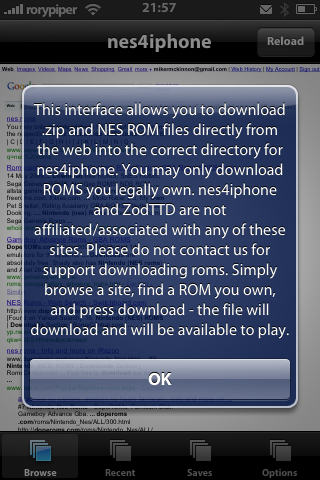 My favourite feature is the WiiMote support. The one thing that bothers me about all other emulators on the iPhone, is the touch screen controls. I’m forever hitting the wrong button at the wrong time, and messing up my game. Well, no more! Now we can use a Wii game controller to play original NES games on the iPhone. It connects to the iPhone via Bluetooth. Your WiiMote won’t connect via the native iPhone Bluetooth. When you install nes4iPhone, you are also installing “BT Stack”, which opens up your Bluetooth possibilities. I the game, you go to “Options”, and toggle on “WiiMote Controls”. Then exit and restart the app. 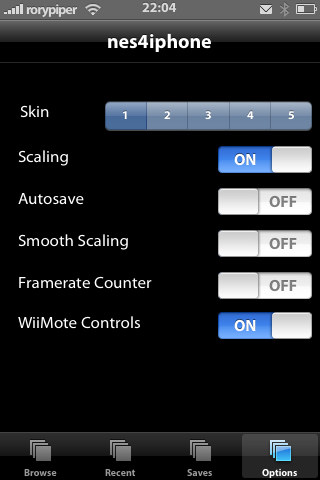 When nes4iPhone opens this time it will automatically start scanning for Bluetooth devices. Grab your WiiMote and press and hold the 1 and the 2 buttons. nes4iPhone will automatically connect and take you to your ROMs list. Tap the one you want to play, and then use your WiiMote to control the game. Here’s a quick demo video I made of myself trying it out. I am terrible at Super Mario Bros, by the way!

Overall, I think this is the best NES emulator for the iPhone yet. Great features, with smooth gameplay. It might not be worth the $4.99 for everyone, unless you’re an old school, hardcore, Nintendo gamer, so I recommend going with the trial version, to start.

Thanks for reading. Check my out on Twitter: @rorypiper, and over at Green Candy.