Formerly known as ipswDownloader, openIPSW helps Windows users determine their jailbreak status. It helps identify your device (you should know this!), iOS version, what jailbreak tool to use, unlock status, baseband version, and status of SHSH blobs.

Ryan mentioned to me on twitter that Mac/iOS support could be coming in the future.

Essentially openIPSW does the ‘hard’ work for newbie jailbreakers. It’s completely open source, and is the work of Ryan Burke. Give it a shot and let me know what you think of it. Download here. 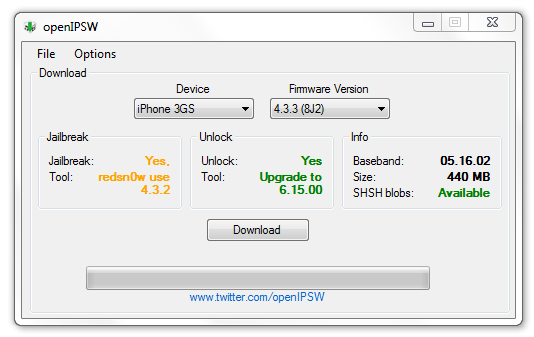 Thanks @brandonlang for the heads up!