iOS developer Adam Bell, creator of some pretty decent Cydia tweaks, has just introduced a brand new cydia tweak called Overflow which allows you to add a cool coverflow-effect to your iPhone or iPad dock icons making them behave just like album covers in iOS music player (when you rotate the iPhone to landscape mode). The tweak is also compatible with Infinidock tweak which allows users to store an unlimited number of apps in the dock. 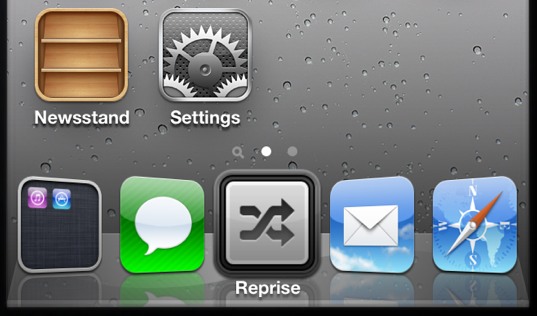 The tweak is available for only $0.99 in Cydia via BigBoss repo and is compatible with iPhone, iPod touch and iPad jailbroken on iOS 5.

Give your iOS dock a little style!

Overflow lets you add a dynamic ‘Coverflow’-esque style to your dock, all while keeping things both elegant and fun to use.

Overflow also takes full advantage of chpwn’s Infinidock, and animates when you scroll your dock, so be sure to purchase Infinidock in the Cydia Store to add that awesome you’ve always wanted!

Check out the following video demo of Overflow: