Powerguard – Have Your iDevice Request a Password Before Powering Off 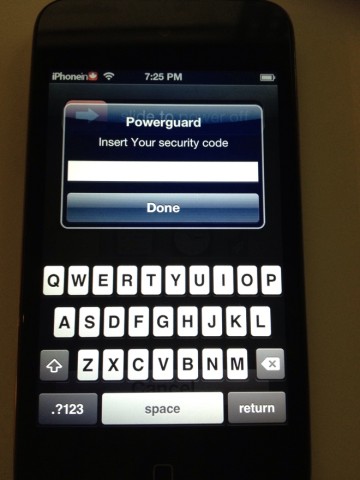 Occasionally, there are times when you do not want your iPhone to shut down. If your iPhone is stolen or lost, you can track it down with find my iPhone, but not if the thief turns it off. This is also important if you have a tethered jailbreak. You definitely don’t want your iPhone turning off then.

There is a new tweak in Cydia called Powerguard that protects your device from being powered off. When you hold the power button down and slide the power off slider, you will get a pop up asking for a password. The default password is just “password”, but you can set up your own password in the Settings app. When selecting Powerguard in the Settings app, you are prompted for the password right away, so that strangers can’t get in and just change your password. 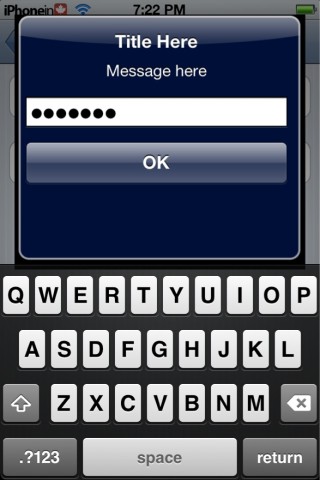 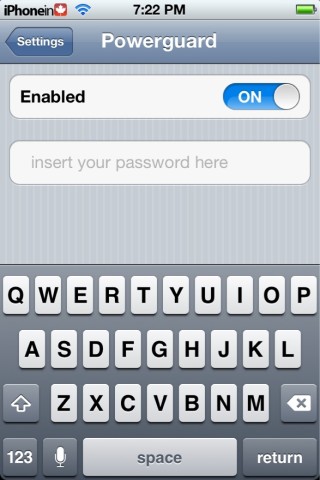 Always power off your device without the meaning to do it? Afraid of thieves who will shut down the device so it won’t be trackable ? Your kids always shut down your device ? Don’t worry ! We have got a solution of you!

Just pre define a security code that will be asked when someone will try tho shut down your loved device! for disabling or enabling it you will need to provide you password so no one can simply disable it!

Just make sure preferenceLoader is installed (free comes with many tweaks) …

You can still press and hold both physical buttons to do a reboot without Powerguard requesting a password. This tweak is for shutting down your device only. There is one security flaw that I noticed; you can still use other 3rd party tweaks like NCSettings to power down the device. It would seem this tweak only works when you slide to power off.

If you’d like to use this tweak, you will have to have your device jailbroken. You can find Powerguard in the Cydia store, under the Big Boss repo, for $.99.