Updates #5b and #5c:  Version b5b fixes an issue with using custom ramdisks on iPhone3G and iPod2G, and version b5c prevents redsn0w from crashing due to the ever-growing ramdisk size :).
TIP: If auto-detection fails and redsn0w tells you no identifying data was found, you can always pre-select the appropriate 5.0.1 IPSW using “Extras->Select IPSW”. 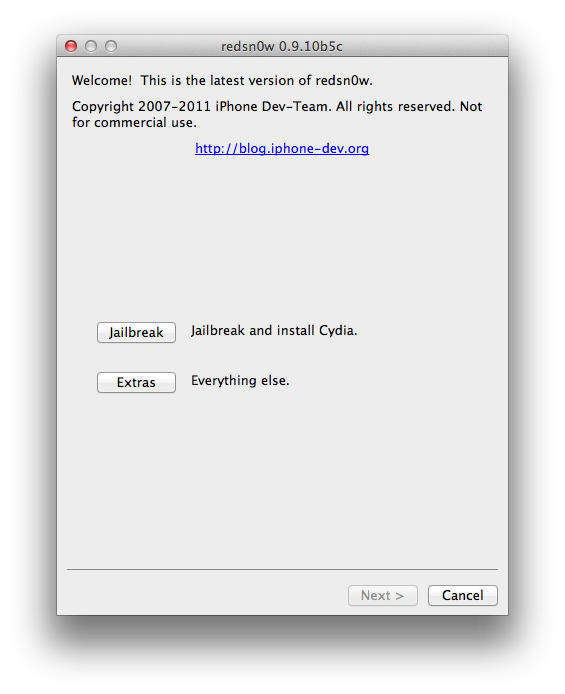 This version of Redsn0w will jailbreak all devices that can run iOS 5.0.1, untethered, except the iPhone 4S and iPad 2. If you’re new to jailbreaking, and need instructions, check out our tutorial, here: Redsn0w Tutorial. You can download the latest versions of Redsn0w here: