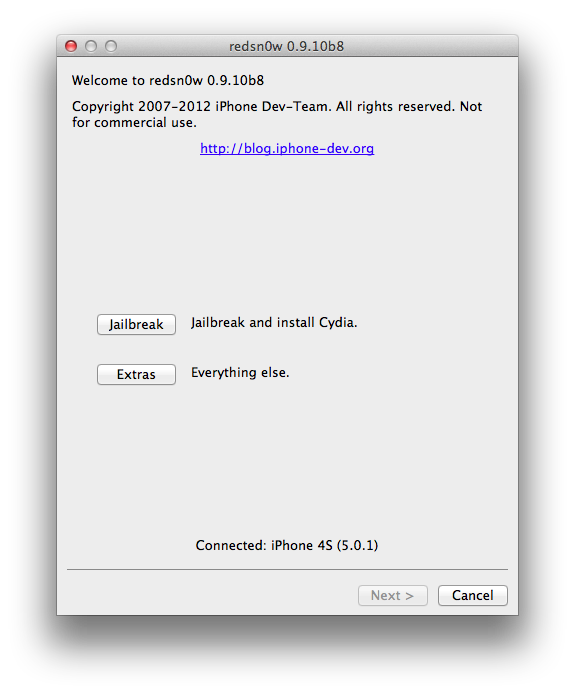 Late yesterday, we told you about a new carrier unlock for the iPhone, called SAM. It was suggested by Musclenerd that if you are using this unlock, you should back up your activation records, as these could be useful for future unlocks. Since then, the iPhone Dev Team have updated Redsn0w, the popular jailbreak tool, to easily back up the activation records for you.

Redsn0w 0.9.10b8 adds the ability to backup arbitrary directories or files from your device into a zip file on your Mac or PC.  The new button is Extras->Even More->Backup and it requires your device to be jailbroken with the afc2 service enabled (most jailbreaks include that).  By default it will backup your activation records from /var/root/Library/Lockdown, which is useful for everyone taking advantage of today’s SAM unlock using Loktar_Sun’s trick (more on that in a later post!). 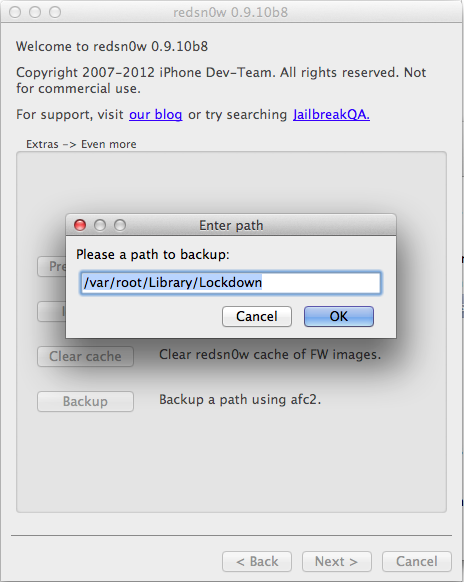 The process is simple. Connect your iPhone via USB. Open the newest version of redsn0w. Click Extras>Even More>Backup. Redsn0w has the path for your activation record in there by default. If you want to backup a different path, just type it in. Click okay, and redsn0w will create a zip file with your info and save it on your computer.

This new unlock is big news for many iPhone users, and we’re all hoping that saving these activation records will help us use this unlock with future devices, firmwares, and jailbreaks. The iPhone Dev Team have mentioned that they will be posting more on this new unlock soon, so we should have more details to come.