Popular Canadian developer Ryan Petrich has announced TweakWeek, a new promotion to enable 3rd party devs to get their tweaks out there. The premise is to have one free tweak a day by Ryan, then thereafter tweaks by other notable developers. Apps must be open source. Here’s what’s been released so far: 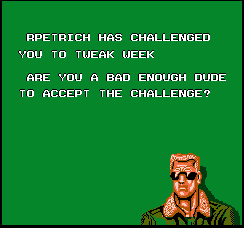 TweakWeek lasts from June 1 to July 12th. Visit TweakWeek for more info. This is an awesome way to promote the hard work of these Cydia devs!