The creator of Cydia, Jay Freeman aka ‘Saurik’, announced on twitter a couple days ago Cydia now has improved launch times. His tweaking over three months has resulted in slightly faster response times, as seen in the following graphs: 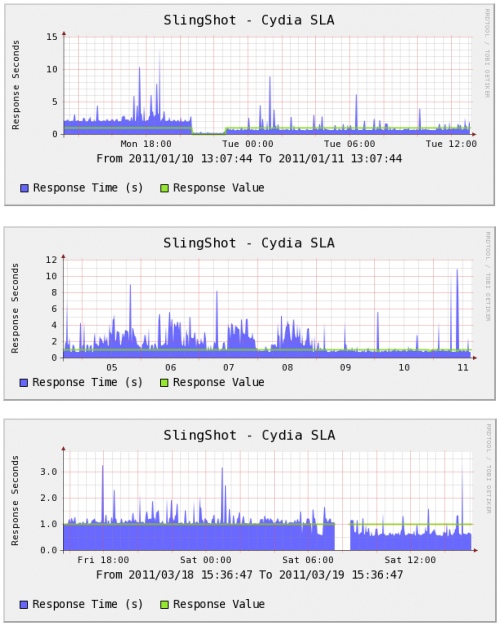 Saurik accomplished this via the following:

Just switched Cydia’s www over to the new “CDN->ELB” stack I’ve been building: requests to / from my apartment are down from 0.45s to 0.25s!

During his upgrade, the only glitch was for users in South Korea as they experienced errors relating to iOS 1.x. So far, Cydia launch times have appeared to be a bit ‘snappier’. Have you noticed any differences in speed?