On the heels of Absinthe 2.0 being released this morning, Firecore has released an update to their Apple TV jailbreak, Seas0nPass. 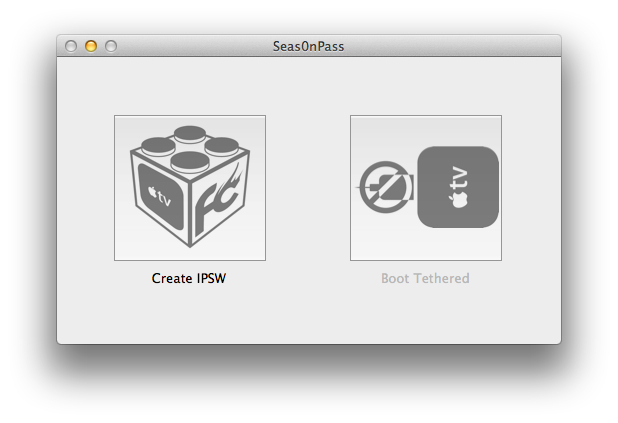 Today we are happy to release a brand new version of Seas0nPass that provides an untethered jailbreak of the latest 5.0.1 (iOS 5.1.1) software for the 2nd gen Apple TV. Massive thanks goes to @pod2g and Co. for the countless hours that went into making this new release possible.

What about the new 3rd gen Apple TV?

Unfortunately Seas0nPass is not yet compatible with the new ATV3. Work is still ongoing and we’lll be sure to announce any and all news as soon as it becomes available. Be sure to follow us on Twitter,Facebook and Google+ for up to the minute info.

Which plugins are currently supported on 5.0.1?

Superb! Where can I get it?

As always, Seas0nPass is available as a free download from Seas0nPass.com.

Troubleshooting tips can be found here.

The Seas0nPass jailbreak is completely free, and works on OS X 10.6 and up, and Windows XP and up. You’ll need the latest version of iTunes, with all other devices disconnected. Firecore has posted a real great tutorial, so please visit their site for step by step instructions on jail breaking your Apple TV2.