Cydia, the popular iOS jailbreak applications and tweaks store developed by Jay Freeman a.k.a @Saurik, hasn’t received much of a redesign since its inception and with Apple introducing the all new App Store in iOS 6, it might be a good time to ask Saurik for a Cydia makeover. A recent publication by AppAdvice does exactly that, highlighting some impressive ideas on how the Cydia application store’s current design can be greatly improved. 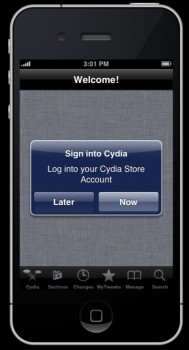 Here are some details from the source:

First up, as you can see in the above image, our tipster (Jason Morcos) thinks the Cydia app should look like iOS 6?s iTunes Store and App Store apps, which have traded-in their blue UI look for a dark, black appearance. In addition, he thinks users should be prompted to sign-in to their Cydia account upon launching the app, if they haven’t already.

Morcos also speculates how sections (in the “Sections” tab) could be hidden with a swipe, allowing users to customize exactly what appears in this part of the app.

Finally, in this imagining of the Cydia app, a “My Tweaks” section is present along the bottom-row of tabs. It would appear that Morcos hopes that users might be able to add their favourite tweaks to this section of the Cydia app, and have the option of syncing these much-loved tweaks between jailbroken iDevices linked with users’ Cydia IDs. 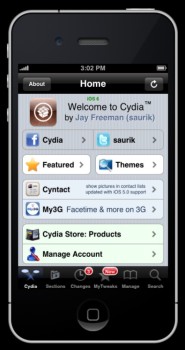 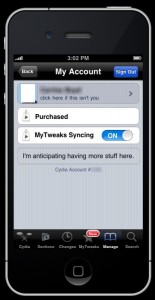 Got better ideas? Don’t forget to share them with us!