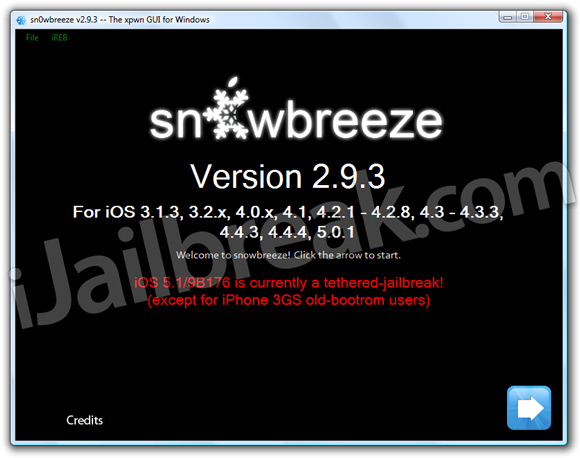 iH8sn0w has released another version of his popular Windows jailbreak tool, Sn0breeze. It now supports AppleTV 2G, on iOS 4.4.3/4.4.4.

Just adding this in mainly for users who dumped their SHSH blobs. On the initial boot, the Apple TV may have a black screen for 60 seconds after setting up the Apple TV. This is normal.