Earlier last week we broke the news that the iPhone Dev Team had jailbroken 3.1 firmware for the iPhone 3GS. A few days later the team released PwnageTool 3.1.3, an updated version that iPhone 3GS users had been eagerly waiting for.

Now, previously the Dev Team had released the jailbreak tool redsn0w for both Mac and PC users. Windows users who own iPhone 3GS units are eagerly waiting for a Windows version of PwnageTool. It’s too risky to “find” a firmware on the internet and troublesome to find a friend’s Mac to use. What to do?

iPhone 3GS Windows users, have no fear because sn0wbreeze is coming soon! What is it exactly? Basically it is going to be a Windows version of PwnageTool and it will perform the exact same functions. It is NOT being developed by the iPhone Dev Team, but rather by iPhone hackers ih8sn0w and DarkMalloc.

The new project that we are working on is sn0wbreeze. It is basically PwnageTool for Windows. Our ETA is October 12.

So one week today, Windows users who require PwnageTool will get their wishes fulfilled with the release of sn0wbreeze. Kudos to both ih8sn0w and DarkMalloc for creating this tool for the sake of all those Windows users out there! 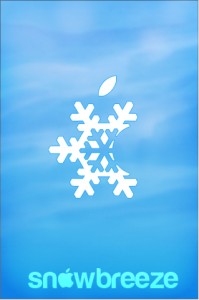 Who’s using an iPhone 3GS and is a Windows user? This must make you pretty happy eh? 😉