Recently ModMyi reported Toyota started an ad campaign in Cydia to target jailbroken iPhone users. A custom theme advertising the Scion brand was free for everyone to download. It was a giant step forward for the jailbroken community as Toyota was the first corporation to invest in this market. People were excited about this–except for the folks at Cupertino.

Today, ModMyi reports Apple has ‘convinced’ Toyota to take down their advertising campaign:

Apple also heard about the theme and ad campaign. I received a call from our contact at Velti this evening as well as an email asking me to please take the theme out of Cydia. On the phone, he explained Apple had contacted Toyota and requested they remove the theme and stop the advertising campaign. They (Velti) in turn contacted me relaying the message. The reason Velti listed for the removal request of the theme emailed through our dev portal was “Toyotaâ€™s making us take it downâ€¦” Toyota had agreed to do so to “maintain their good relationship with Apple,” our Velti contact told me on the phone.

When I first heard of this campaign by Toyota, I was pretty surprised. Nobody had ever considered an advertising campaign in Cydia until now. It was definitely a risk on Toyota’s part to trust Velti’s campaign to target the jailbreak community.

So when I heard about Apple taking down Toyota’s ad, was I shocked? Nope. Jailbreaking iPhones is not something Apple supports (hence the ongoing cat and mouse game between Apple engineers and the iPhone hacking community), and they’ve publicly expressed this before. Here was their response to the DMCA exception on jailbreaking:

â€œAppleâ€™s goal has always been to insure that our customers have a great experience with their iPhone and we know that jailbreaking can severely degrade the experience. As weâ€™ve said before, the vast majority of customers do not jailbreak their iPhones as this can violate the warranty and can cause the iPhone to become unstable and not work reliably.â€

Given that Apple pulls incredible weight with its ecosystem of products, why would Toyota jeopardize any future chances of a relationship by investing an ad campaign in Cydia? Nice try, but better luck next time Toyota.

What do you think? Should Toyota have stood their ground to Apple? 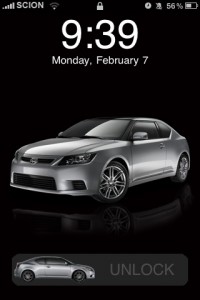 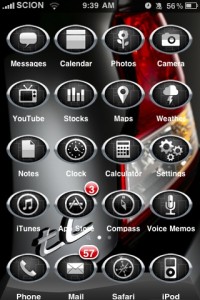