Another Siri exclusive Cydia tweak called Lingual has just been released by the CodeThemed team that extends Siri’s functionality to voice translation. Lingual allows translation from English to over 30 languages. The developers have said that they’re also looking to include translation to English in a future update. The tweak pulls in results using Microsoft’s Bing Translate API as a backend, though it isn’t as good as Google’s translate and frequently fails to correctly translate phrases. Nonetheless, the tweak works really well. 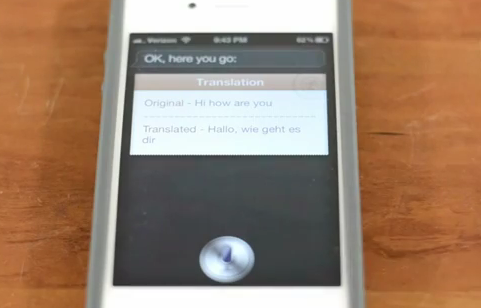 Lingual is pretty simple to use. Simply install the tweak and speak to Siri, “translate something to [language]” or “what’s something in [language]“. Below is the list of languages currently supported:

Lingual is available as a free download in Cydia via BigBoss repo. Here’s a little video of it in action: