iPhone 3GS and iPod Touch 3G owners that are or have interest in Jailbreaking their device, listen up!

Today, Apple stopped signing iPhone firmware 3.1.2. What this means is that those owners of an iPhone 3GS or iPod Touch 3G who had updated to firmware 3.1.3 and who did not use Cydia to store their TSS will not be able to restore to anything but firmware 3.1.3.

With the recent firmware 3.1.3 update, many iPhone 3GS/iPod Touch 3G owners jumped the gun to 3.1.3 and have now been trying to revert back to 3.1.2 to regain their jailbreak and/or unlock. Unfortunately that will not work due to Apple no longer signing 3.1.2 firmware for iPhone 3GS and iPod Touch 3G hardware.

Current iPhone 3GS and iPod Touch 3G users of firmware 3.1.2 that want to keep jailbroken, Big Boss warns to make sure that you are very careful with what you do from now until the next jailbroken firmware. In other words, do not do anything that could potentially require your iPhone 3GS or iPod Touch 3G to need to be restored.

Big Boss recommends that users install OpenSSH and learn how to use it so that specific fixes can be performed without the need for a restore. 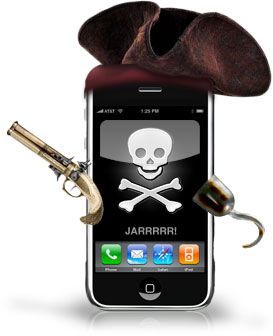