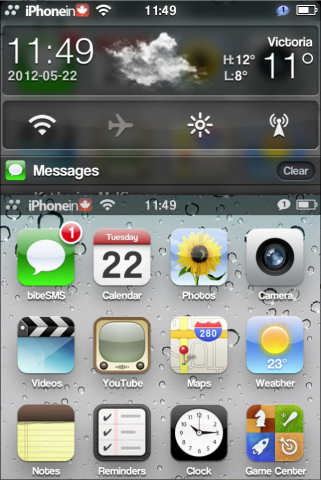 Zephyr has been out since January of this year. It brings multitasking gestures to the iPhone and iPod Touch, and a lot more It now includes this new notification center animation, as well as landscape support.

Zephyr is awesome multitasking swipes for your device.

The best way to really multitask.

Here’s a video of Zephyr in action:

If you don’t already have Zephyr, you can find it in Cydia, in the Big Boss repo for $2.99.