If you’re not using 1Password for Mac and Windows yet, you should be. The Canadian company behind the app, Toronto-based AgileBits, has released their 5.4 update today, known as ‘The Convenience Edition’, which includes the following additions:

– Large-type option for passwords makes them easier to read.
– Things change. Now your secondary vaults’ passwords can, too.
– The Top Layout View is better than ever.
– Security updates to address XARA vulnerabilities.

Larger-type will make it easier to read your passwords when you need to view the 3rd, 5th or 7th characters of your password, such as what is asked from some banks. You can also now change passwords in your secondary vaults, while a tweaked Top Layout View has arrived, plus improved security to address XARA exploits thanks to OS X El Capitan.

1Password for Mac and Windows is still currently on sale for 40% off (iOS in-app Pro Features too) at the following prices: 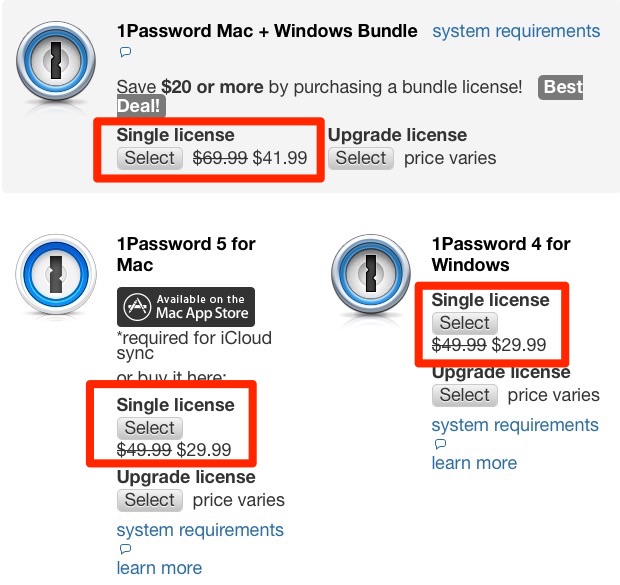 Want to save an additional 20% off? Use the coupon code MacPowerUsers (via RFD). Also, there’s also an Education Store, which offers 20% off for students, schools and other institutions. There’s no word on when the sale will end, but since it started around Thanksgiving, we suspect it’ll end soon.