Purported 2012 MacBook Pro specifications sheet ripped right from a unit has just been published online by a Weiphone forum member (via 9to5Mac) which quite frankly, is not at all what we have been expecting so anxiously for. The specs show nothing like a Retina resolution display or a thinner chassis. Instead, an Intel HD 4000 video, USB 3.0 and a faster 1600MHz DDR3 RAM are only notable changes. It does however reflect that base model MBP would sport an Intel Core i5-3210M Processor (3M Cache, up to 3.10 GHz). 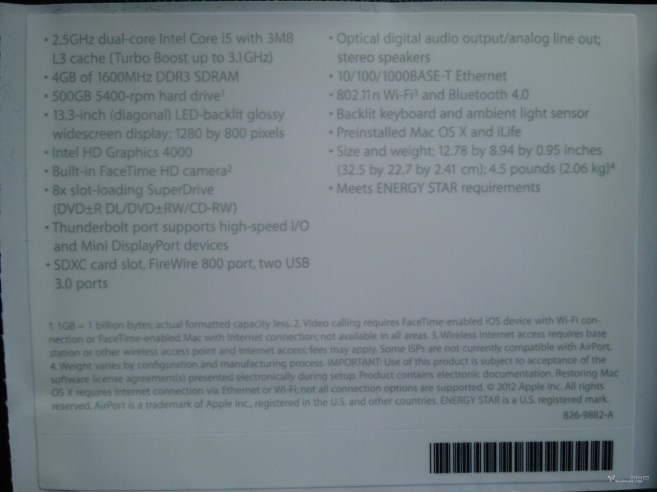 Perhaps more notable is the same .95-inch thickness (in fact it has the exact same dimensions as the current 13-inch MacBook Pro), optical drive, and sad 1,280-by-800 display that is not even as dense as the 2010 13-inch MacBook Air’s display.

This base model (if this is indeed real) is not going to be on our shopping list.

Of all the rumors regarding 2012 Macbook Pro refresh we’ve heard so far, I really hope this one is NOT true! What do you think?