Apple released the new MacBook Air only yesterday, but the new units have already been subjected to stress tests, which reveal a slight performance improvement compared to the 2013 models, due to the processor update. 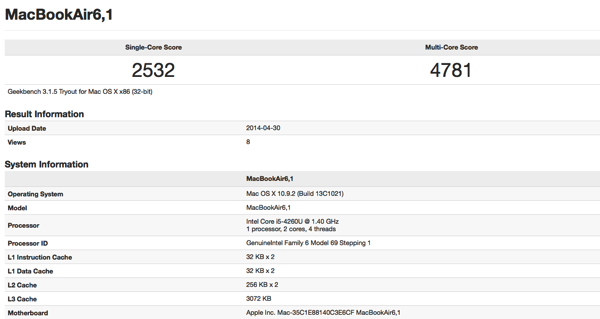 The Geekbench test results were published on Primate Labs’ Geekbench Browser, showing that the MacBook Air 6.1 is powered by an Intel Core i5-4260U chip clocked at 1.4 GHz, which resulted in a 32-bit Geekbench single-core score of 2,532, while the multi-core test result was 4,781. 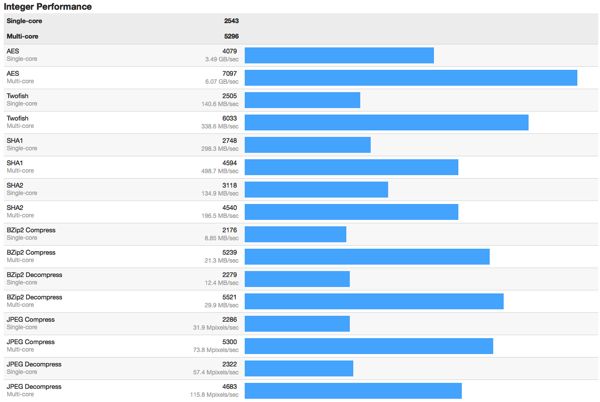 As the numbers reveal, this is a slight improvement compared to last year’s models. In fact, Primate Labs’ founder, John Poole, told AppleInsider the changes are so minor that Apple hasn’t even updated the model identifier for the new 2014 MacBook Air.

What is notable, though, is that Apple has decided to cut the price of the MacBook Air by $100 in the US only, while it somehow “forgot” to do the same in Canada.

There are whispers, however, about a major MacBook Air update: later this year we will likely see a new, 12-inch model featuring Retina display no fan, as well as a clickless touchpad.