Today, Apple has published a support document detailing how True Tone will support select external displays, including the following:

True Tone, according to Apple, “uses advanced multichannel sensors to adjust the color and intensity of your display to match the ambient light so that images appear more natural.”

How to toggle on or off True Tone on your MacBook Pro?

Go to the Apple menu on your Mac, then select System Preferences and click Displays.

From here, you can tick or untick the box beside True Tone. 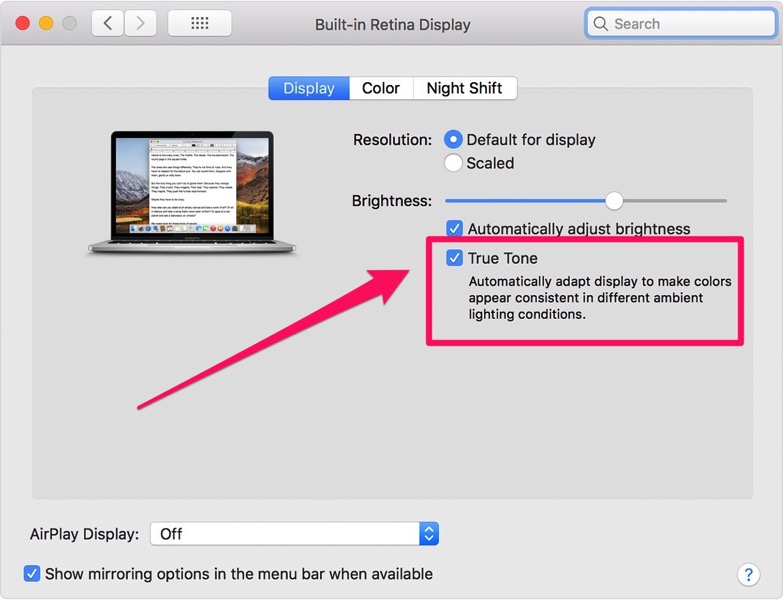 For now, the three displays mentioned above are the only ones to support True Tone when a MacBook Pro connects to it, and there’s no word when other third-party displays will get support as well.