This morning Apple announced a new entry-level 21.5-inch iMac, priced at $1,149 CDN, featuring a 1.4 GHz dual-core Intel Core i5 processor, Intel HD 5000 graphics, 8GB of RAM and a 500GB hard drive. The model is not customizable except for adding a larger serial ATA hard drive or flash storage.

As for the RAM, Apple this morning released a support document explaining the memory is not upgradeable as it’s “integrated to the main logic board,” which means soldered on.

iMac (21.5-inch, Mid 2014) computers are configured with 8 GB LPDDR3 SDRAM installed in two channels integrated to the main logic board.

The memory for iMac (21.5-inch, Mid 2014) computers are not user-accessible and is integrated into the main logic board. Visit an Apple Retail Store or Apple Authorized Service Provider if you need to service or replace your computer’s SDRAM.

OWC has completed a teardown of the 21.5-inch iMac which has provided a visual confirmation the RAM is soldered onto the logic board, as pictured below: 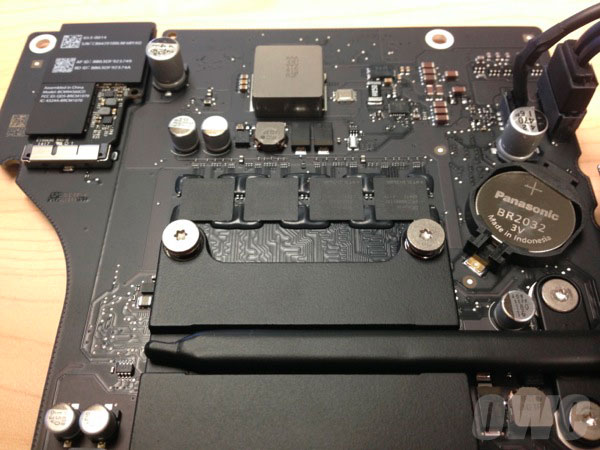 Just because the RAM is soldered on doesn’t mean it’s not impossible to replace (someone will DIY most likely)—but this machine is meant to be entry level and it’s probably not a good idea to try.