Yesterday we learned that Apple does indeed have a presence at CES 2012 and today, we learn that that presence is quite a bit larger than previously thought.

A reporter with PaidContent picked Greg Joswiak out of the crowd of at the Consumer Electronics Show in Las Vegas yesterday and today Reuters is reporting that hundreds of registered attendees are sporting “Apple Inc” on their CES badges.

More than 250 employees are registered to attend the Consumer Electronics Show in Las Vegas, according to a person familiar with Apple’s plans. 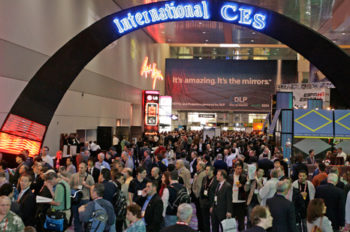 With retail stores all over the world and one of the most visited websites on the internet it would seem that Apple feels it no longer needs to exhibit at trade shows in order to get its message out. The electronics giant has not commented on their presence at CES, but keeping an eye on third party manufactures who make accessories for Apple products as well as staying on top of other companies’ product launches may be the motivation.