Apple launched their all-new iMacs at the end of November, with both 21.5″ and 27″ models available for order. The smaller iMac was slated to ship first before the larger model, with the former showing times of 1-3 business days while the latter showed 2-3 weeks. For new orders as of today, the 21.5″ shows 7-10 days and the 27″ shows availability in January.

For those that ordered at launch, it appears the 27″ models have started shipping to Canada (via @kencormier): 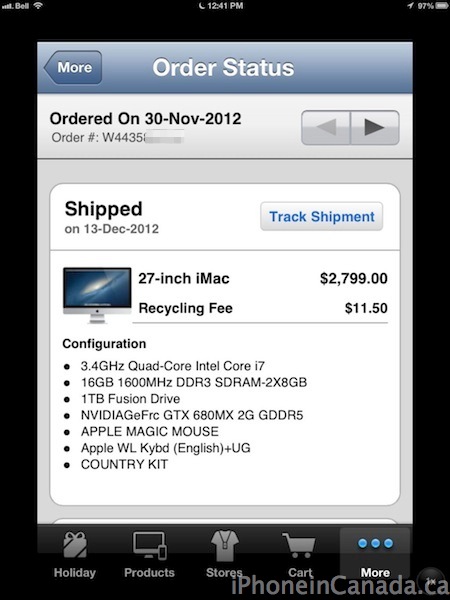 We’ve also heard from others via email their 27″ iMac orders have started shipping as well. Great news for those looking to get their new computers in time for Christmas. Has your 27″ iMac shipped?