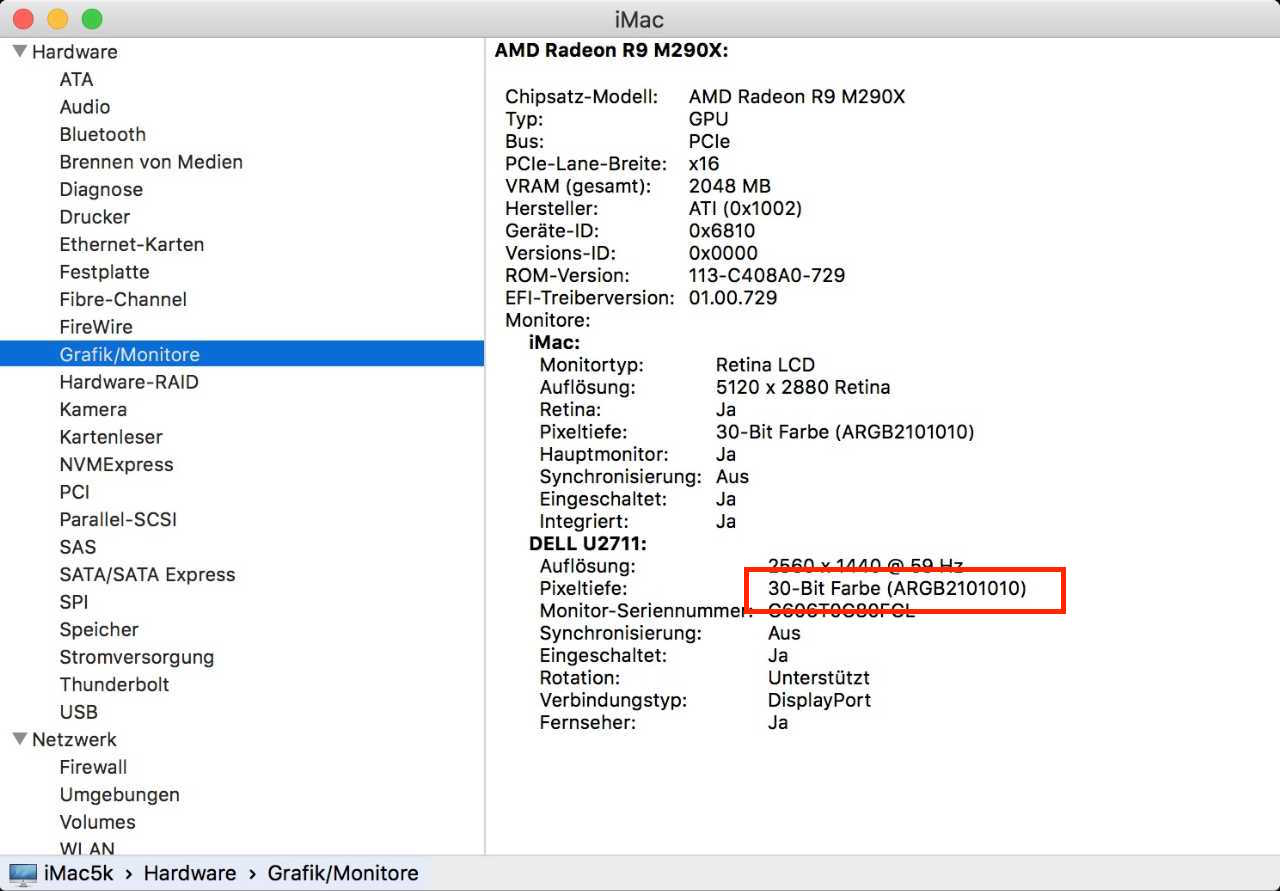 As cinema5D explains, this is a neat upgrade which brings great benefits for professional colourists, photographers and editors:

Professionals know that 10-bit screen color is the desired color depth for serious color correction. When you work in 8-bit you often see banding artefacts and lose detail on soft gradients which makes editing harder and less accurate.

This is not to be confused with the bit depth of your source files. We all know that working with video DSLRs or other heavily compressed video footage that is limited to 8 bit color depth gives you less options during grading and 10 bit, 12 bit or even 16 bit color photos and videos are better. On the screen side 10 bit is the desired depth to let you view the end result without gradation steps.

As of now, the 10-bit colour depth is supported only by the native Apple apps Preview and Photos, but third-party software makers should benefit from the technology soon. Furthermore, Apple has added 10-bit colour depth support for 2014 5K iMacs running El Capital as well, according to Mac & i.